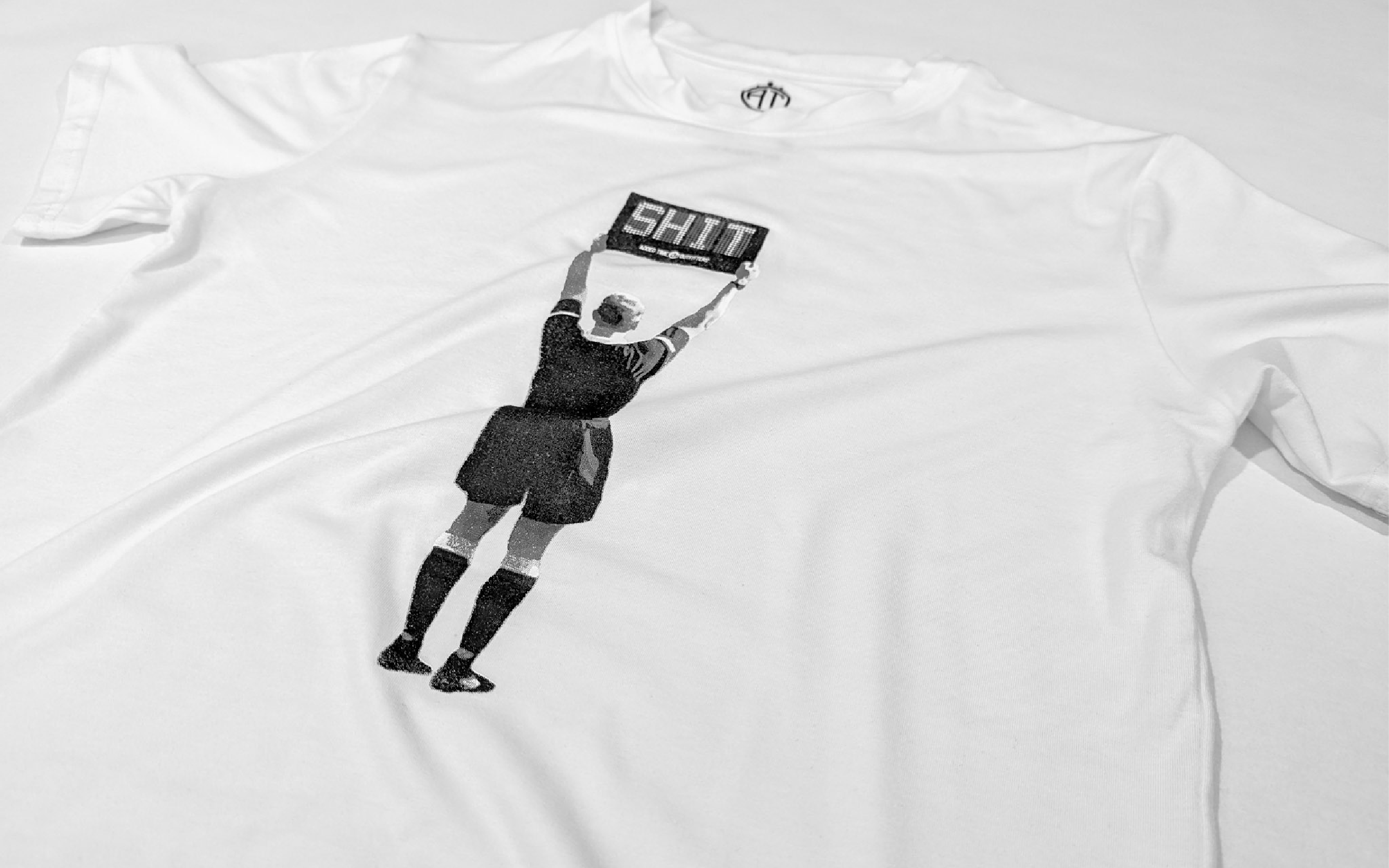 If there’s one thing Added Time Outfitters is known for, it’s wristbands.

With nearly 80 designs and more on the way, that makes sense — especially considering we’ve only offered two other products besides them so far. But we’ve always had designs to offer more than just a bunch of wristbands, a few stickers, and a single hat.

Choosing what direction to take and what new products to offer next weren’t easy choices either. There are lots of brilliant and creative companies already operating in the boutique lifestyle soccer space, many of whom already provide goods we would like to take a crack at. How could we make a mark in such a crowded arena?

By taking chances. It’s worked for us this far, anyway.

And that’s how we ended up coming up with our first official apparel offering — the Fourth Official Tee.

We’ve always focused on trying to capture moments and allow supporters of the beautiful game the opportunity to wear them. And the Fourth Official Tee aims to capture one of those moments, feelings that are felt nearly universally across the footballing spectrum. When the fourth official lifts the board above his head and delivers some devastating information. Too much or too little added time, an injury confirmation, the super sub you wanted to avoid.

You might have whispered it. Perhaps it was shouted. Or maybe it just was just a momentary thought that crossed your mind. But you’ve been there. We’ve all been there.

Yes, our first Added Time Outfitters shirt isn’t for everyone — our moms and wives have told us as much. But as the cliche goes, you miss 100% of the shots you don’t take. And this one felt like a moment we couldn’t resist.

And we’ve got more gear in the works, so keep that head on a swivel to see what we serve up next.