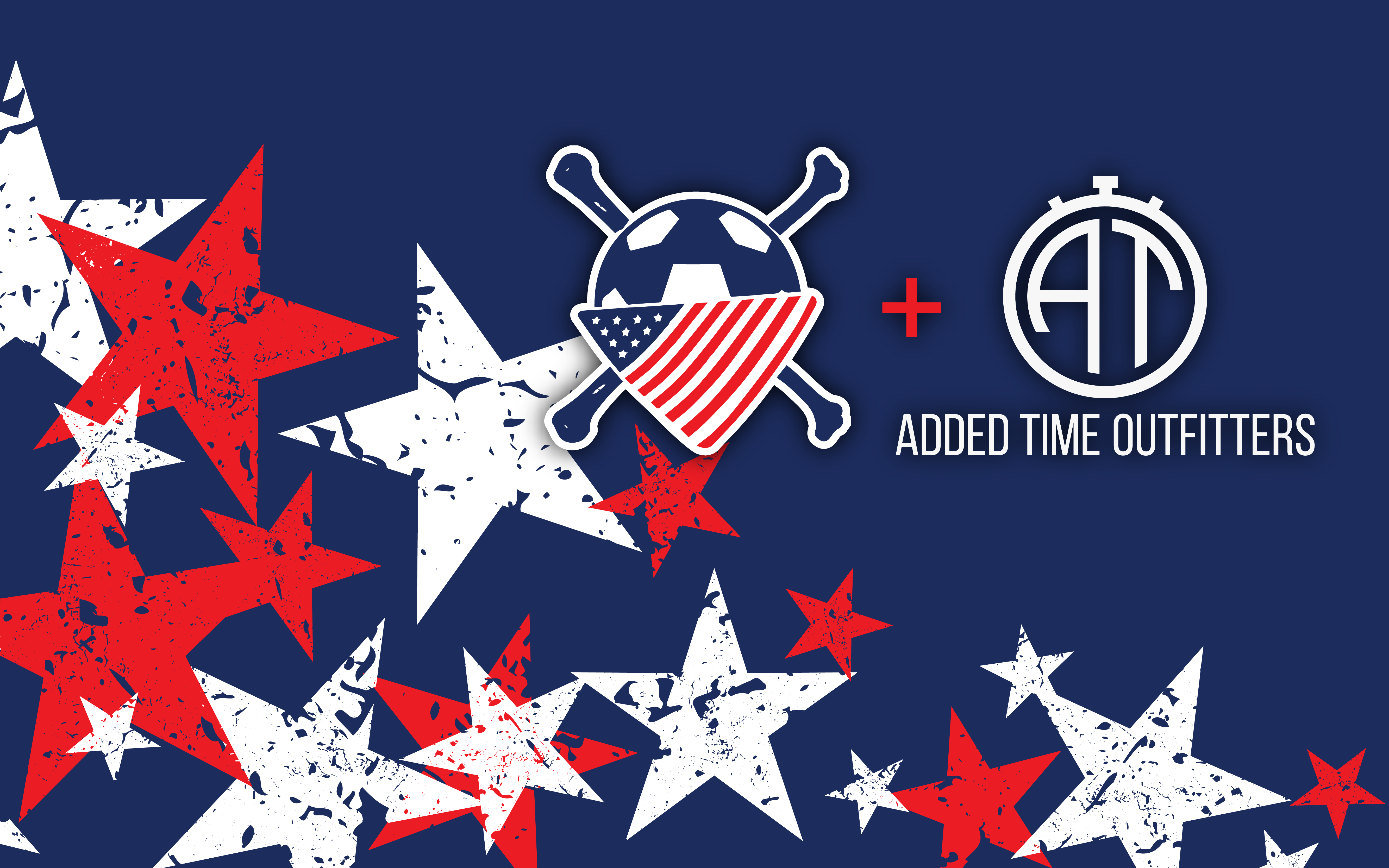 If there’s a idea that defines Added Time Outfitters more than any other, it’s that we firmly believe that shared experiences are the glue that bonds us all together.

Memories of trophies lifted, awe-inspiring performances, otherworldly feats of skill and athleticism, supporting a collective cause — those moments moments of greatness are enhanced by the collective they create amongst us.

But long before we were making wristbands and apparel to celebrate those shared experiences, The American Outlaws have been working to make those moments happen for American fans across the country and globe.

Launched in 2007, The American Outlaws are this summer marking 15 years of supporting the U.S. men’s, women’s, and youth national teams no matter where they play — including at the upcoming World Cup in Qatar. And with local chapters in over 200 locations and over 25,000 members, A.O. is likely planning something special for American supporters in a city near you this November and December.

And now, we’re joining forces with A.O. to help their members show their support for the Red, White, and Blue by introducing an exclusive collaboration wristband ahead of the 2022 World Cup!

The collab’s design takes its inspiration from the new kits Stimulus Athletic home and away kits offered to A.O. members ahead of the tournament in Qatar. The navy side offers an update to the famous denim aways from the 1994 World Cup, while the reverse features a red pinstripe design that is reminiscent of the the third kits worn by the team at the 2007 Copa América.

“There have been so many wonderful USMNT and USWNT moments in our organization’s history,” said Donald Wine, the merchandise chairman for The American Outlaws and long-time member of the national board. “As we celebrate 15 years of passionate support of our national teams, we’re so excited to partner with Added Time Outfitters to literally wear some of those key moments on our wrists. As our teams take on the world, we can support them wherever we go with our AO x Added Time wristband.”

Fans and members of The American Outlaws can get the Added Time collaboration wristband from the group’s online store beginning today.

And as an additional perk, current A.O. members should keep their eye out for the next email from the Outlaws for an exclusive discount code good for your next purchase here at Added Time dot com! 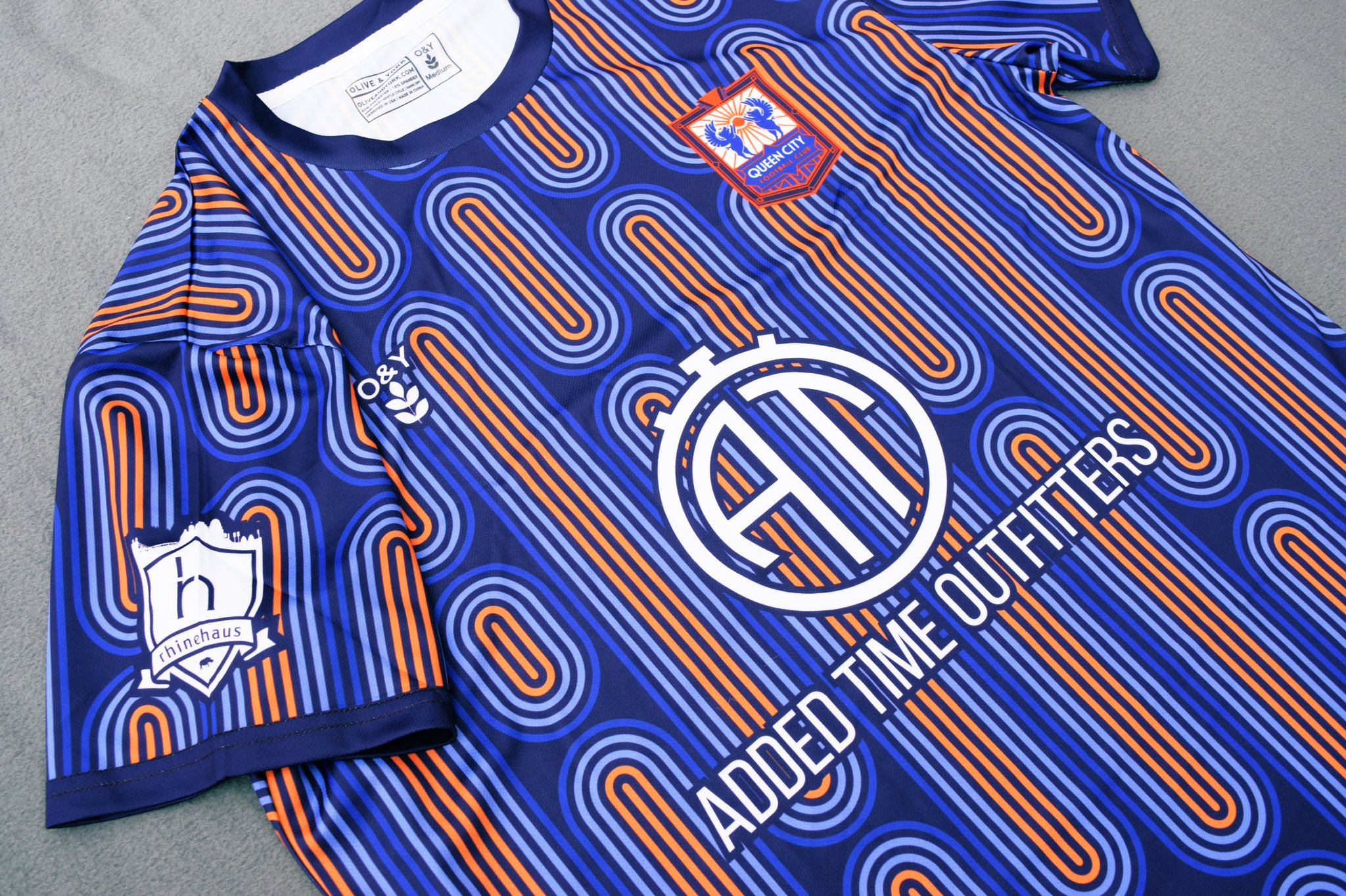 Each major metropolitan areas in the United States is home to thousands of soccer teams at every level of the game. Recreational teams, youth teams, amateur teams, indoor teams, over-30 teams. And each of them serves as hub for a slice of the larger soccer community.

And all of them have support of some type. For some, there are legitimate fans who show up in droves. For others, there’s an army of parents, family members, and coaches. And for many, they have the support of the players who show up week-in and week-out.

And for the vast majority of those local soccer teams, the moments that define them fall outside the spotlight shown by the masses.

Here at Added Time, we’ve made it our mission to help supporters pay homage to the memories that matter most to them. And that’s no different for amateur sides.

And that’s why we’ve partnered with a local 5v5 amateur side Queen City Football Club to become their primary shirt sponsor for the upcoming season.

It doesn’t hurt that QCFC have consistently pumped out some of the finest looking kits in American soccer.

For their latest effort with the Added Time Outfitters logo on the front, they’ve partnered with bespoke uniform providers Olive & York to come up with the “Neon Deco Kit”. The eye-catching shirt, inspired by the many art-deco buildings and signs that once dominated Cincinnati’s downtown architecture, can be seen in person on weeknights at the Town & Country Sports Complex.

Want to grab one for your own kit collection? You can nab QCFC’s Neon Deco Kit — which also features a sleeve sponsorship from long-time Added Time soccer haunt Rhinehaus in Over-the-Rhine — for just $45 on the Olive & York website. 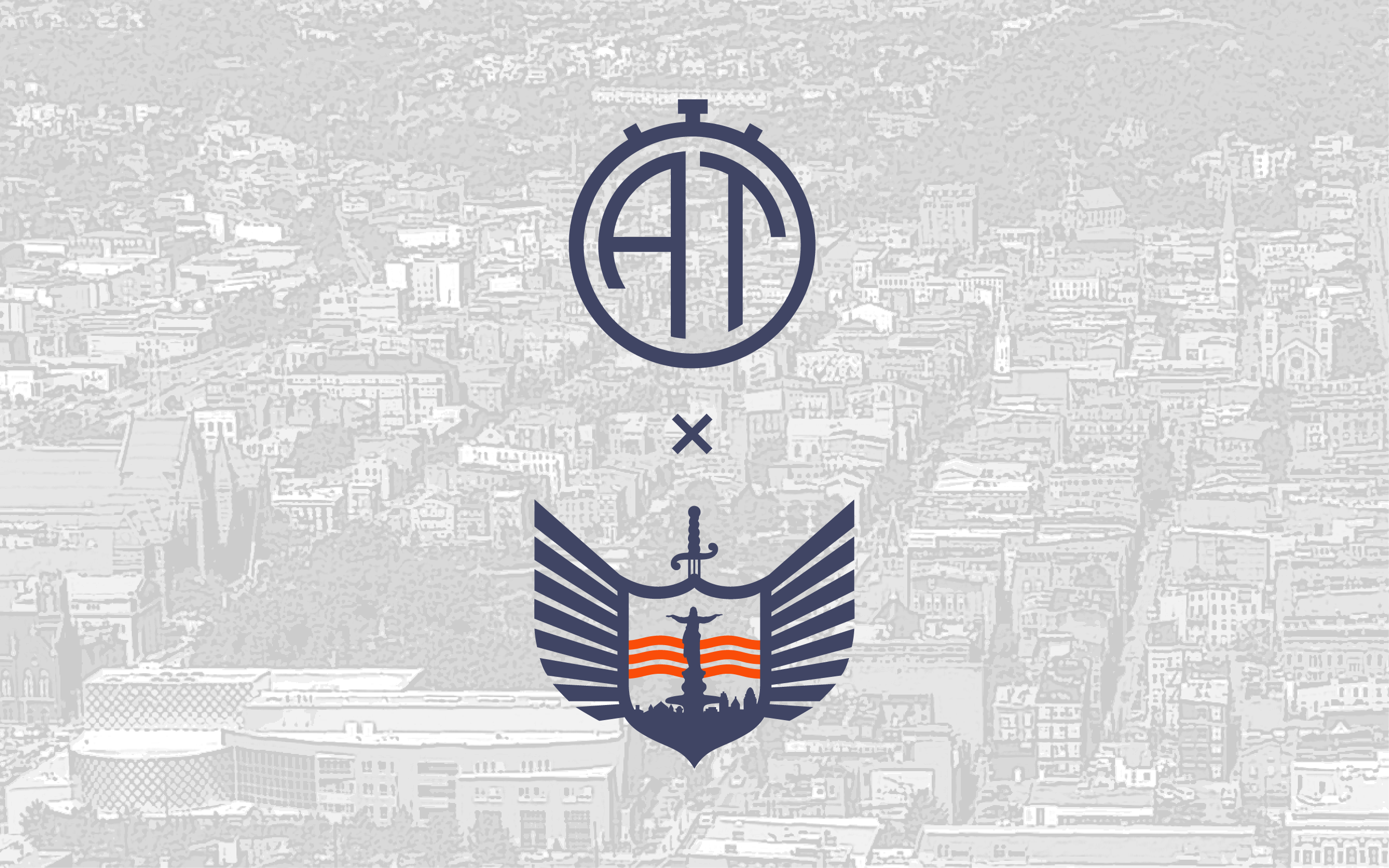 We’re always looking to connect with fans of the beautiful game to provide them new ways show their support.

So when the opportunity to collaborate with Cincinnati-based supporters group Die Innenstadt arrose, it seemed like a match made in soccer-supporting heaven.

As one of the largest independent supporter group for our local MLS side, FC Cincinnati, Die Innenstadt have played a large part in shaping the blooming culture surrounding the club. Their name, meaning the “Inner City”, pays homage to their roots in Cincinnati’s urban core and the city’s prominent German heritage. And they’ve long maintained a focus on championing the rebirth and progress of the Queen City — a cause near and dear to our hearts here at Added Time.

So what did we whip up together?

When it came time to the come up with the design for our wristband collaboration with Die Innenstadt, we turned to their groups’ eclectic collection of membership scarves. On one side we took inspiration from their 2018 scarf, placing the group’s initialed lettermark over top a blue-tinged background of Bavarian diamonds. The reverse features the orange latticework covered in white vines from their 2020 scarf, a nod to the the shaded outdoor biergarten of DI’s longtime away matchday bar, Mecklenburg Gardens.

Ever socially conscious, Die Innenstadt has also pledged to donate $2 from the sale of each wristband to local charity, It Starts with the Shoes. The soccer-focused non-profit looks “to provide shoes, equipment, gear, nutrition, training, tansportation, and facilities for those who otherwise can’t afford to play soccer”.

For supporters of the Orange and Blue who want to sport the new reversible design at TQL Stadium, you can pick one up at Die Innenstadt’s pre-match festivities starting this Saturday, July 31, 2021, at the Sam Adams Tap Room in the West End. They’ll also be available at future away day watch parties at Mecklenburg Gardens and in their online store.

Interested in partnering with Added Time Outfitters to produce a unique, one-of-a-kind wristband for your supporters group, youth club, or soccer organization? Let’s talk! You can more about the process — and even fill out the interest form — on our Collaborations page. 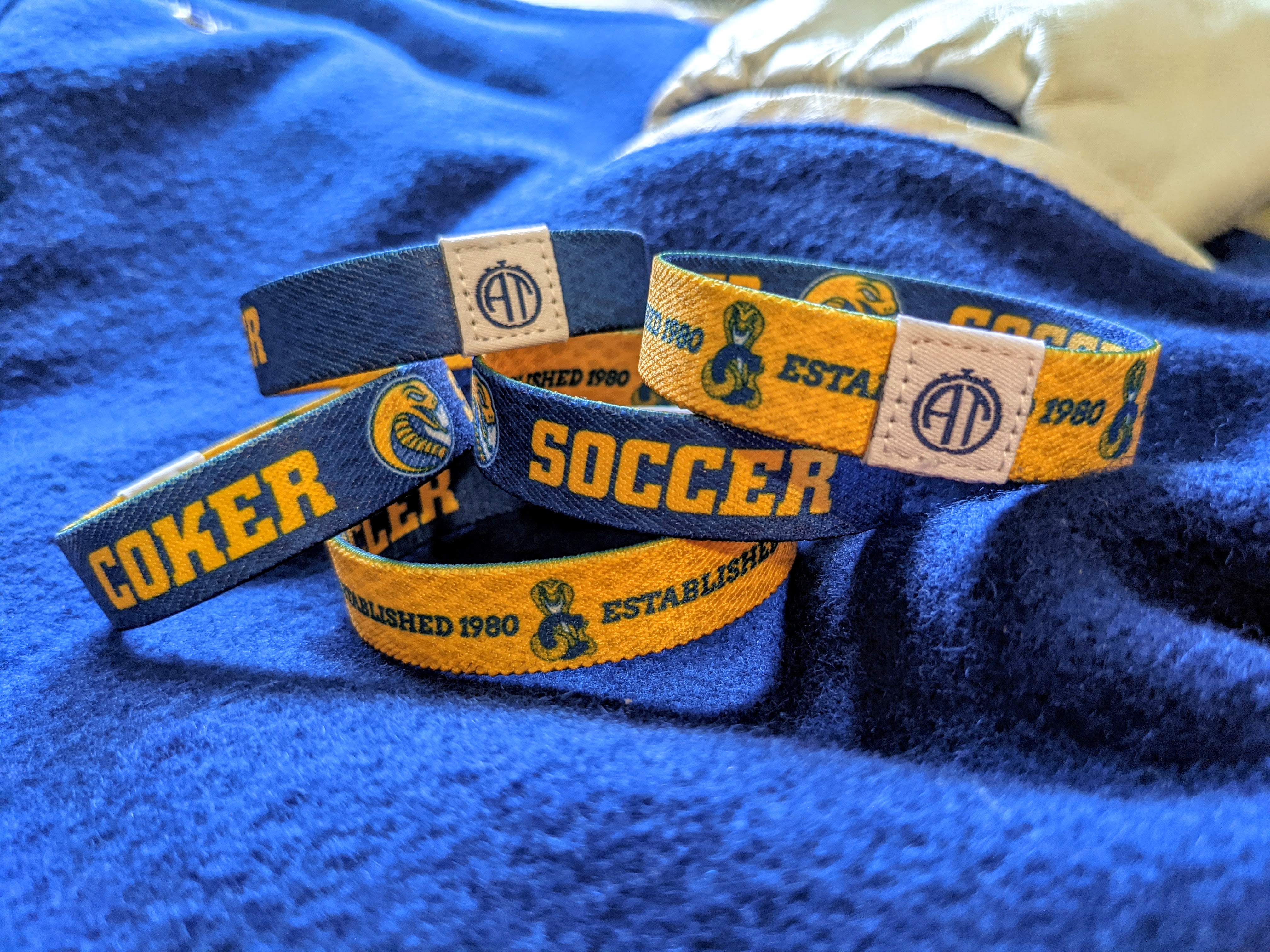 Back before the turn of the New Year, Added Time Outfitters experienced yet another first: our first custom collaboration on a wristband.

Our team worked closely with Mitch, a former member of the Coker University men’s soccer team, to create a design that would celebrate the program’s 40th anniversary. Together, we whipped up a snakeskin-inspired wristband that paid homage to the Cobras’ past and present. Over 120 wristbands were ordered, including one for every current member of the Coker varsity team and staff.

Of course, we’re hoping this is the first of many collabs across the soccer community. Whether you’re a youth club, non-profit organization, college team, supporters group, or even a like-minded brand… we want to work with you! Added Time Outfitter wristbands are the perfect way to commemorate a massive achievement, build club culture, or even be used to run a fundraiser.

And to make the process easier, we now have a dedicated page on the site to submit your interest in collaborating.

A big thank you to Mitch and all of the Coker soccer family for kicking things off, and we look forward to working with you on a design soon. 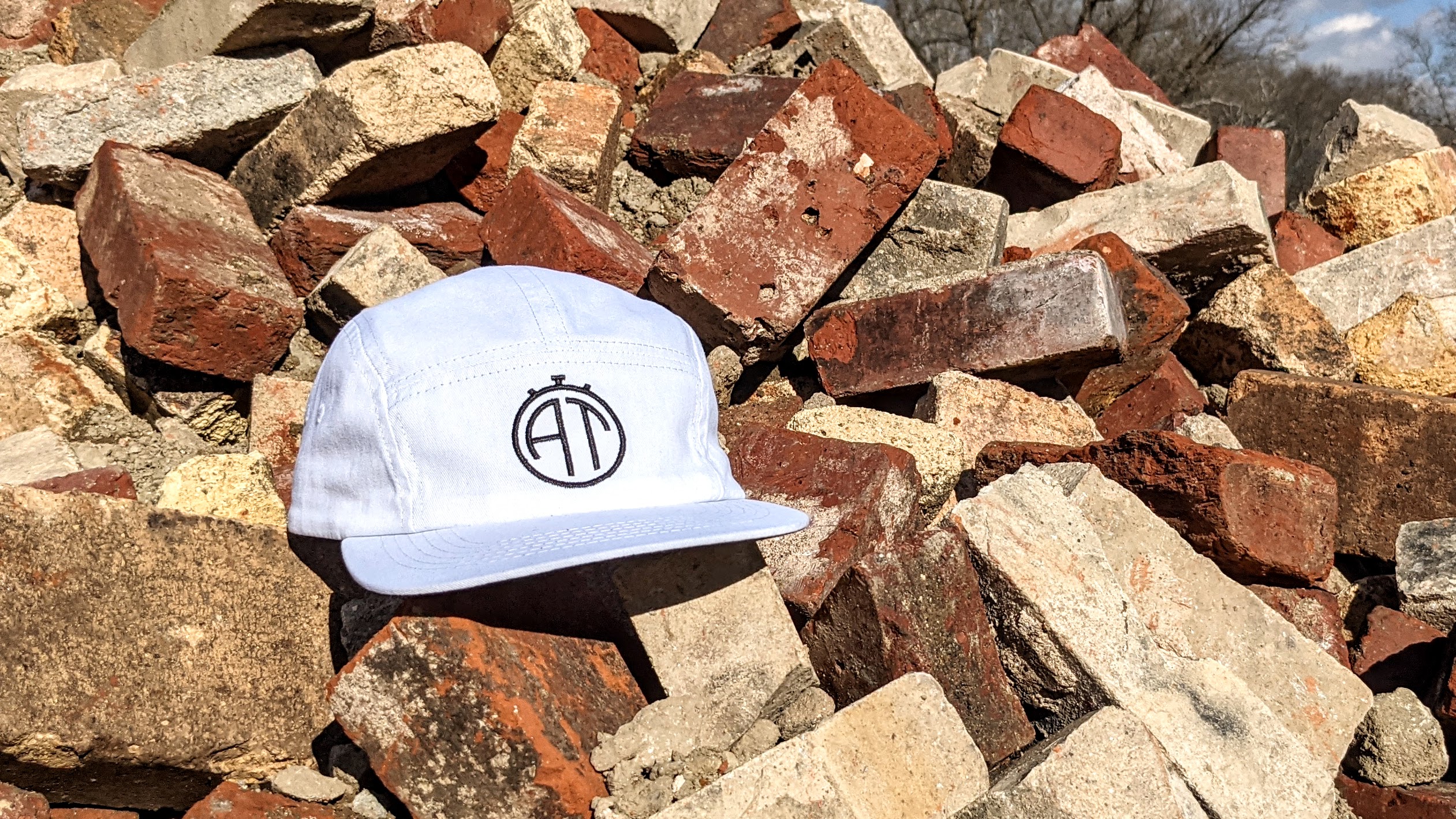