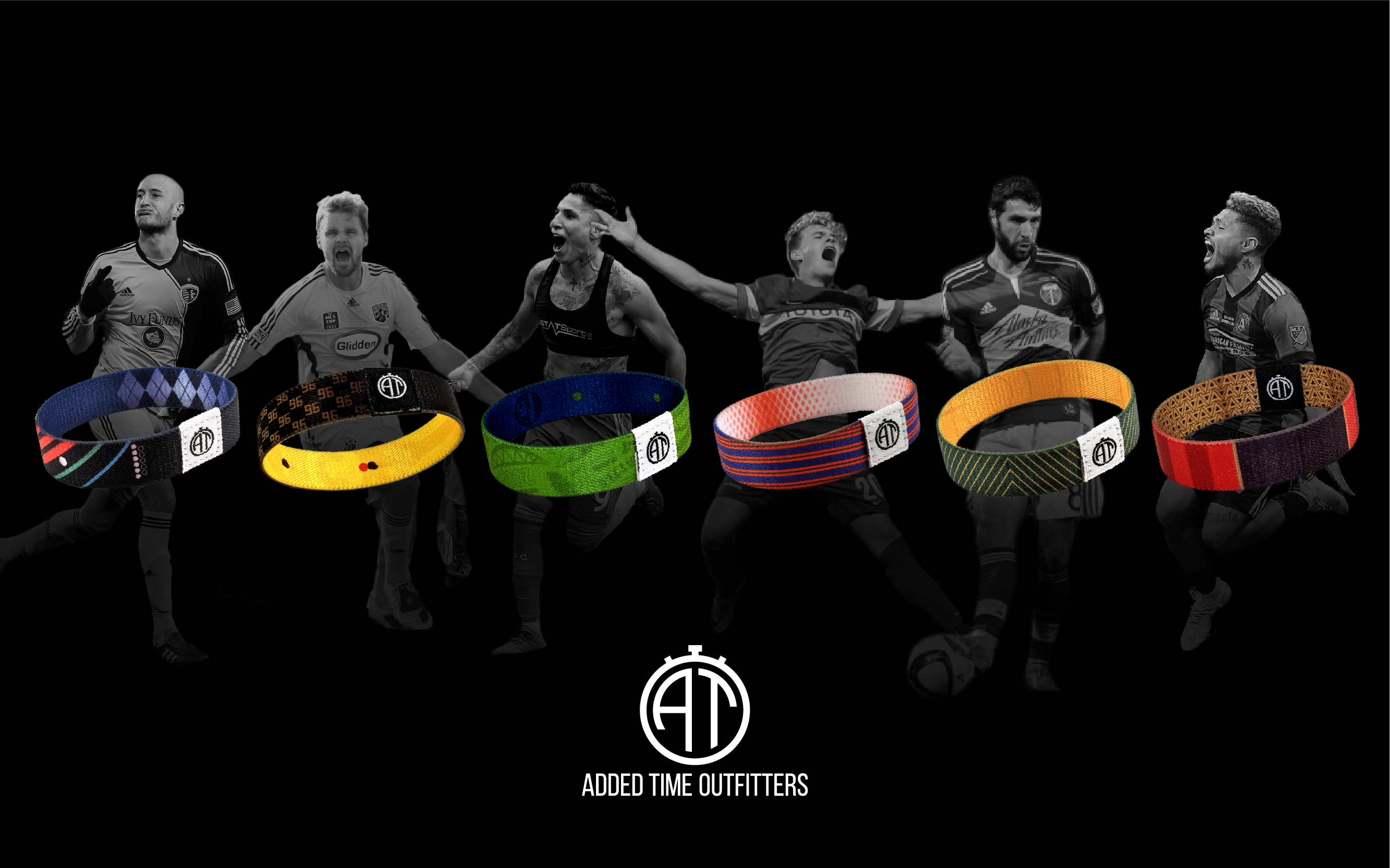 Like all great ideas in the modern era, Added Time Outfitters was born of a text message between friends.

“I’ve got an idea I want to show you this week… let’s get together if you’re not busy.”

That text message led to a brunch, which in turn led to a scribbled idea in a notebook, which eventually led to this website and all the stuff you find on it. Obviously, there’s a lot more to the story than those three mundane steps. But that’s how things are in added time: simplified and to the point.

However, the idea that spawned that text message was ultimately pretty simple: let’s create a unique way for anyone, in any place or setting, to show love for their team.

Hats, t-shirts, kits, and training wear are all awesome ways to do that — you’ll find our closets stuffed full of them. Yet it can be tough to wear those in the classroom or office. And for others, jerseys and track jackets are too loud and flashy and a more subtle sign of support is desired.

But even when creating a subtle supporting accessory, we wanted to make sure each item we designed still told a story. Still had meaning. Still celebrated the rich culture that surrounds each player, club, and team.

That’s how we came up with Added Time Outfitters’ first line of offerings: a line of soccer-inspired, reversible, low-key wristbands that we’re dubbing the “Match Collection”. One side featuring a design inspired by that team’s culture, the other commemorating one of their greatest ever matches.

And after over nearly a year of planning, designing, sourcing, and building, we’re launching Added Time Outfitters with five original designs for five historic matches from five of the world’s most popular sides.

Don’t see a design for your favorite team? Don’t worry… additional designs are already in the works! And for those who feel compelled to make a recommendation on who we design a new wristband for next — yes, we’re absolutely open to collaborations with like-minded clubs, brands, and organizations — drop your suggestion(s) here.

In the meantime, keep an eye on this space for updates on future products, special projects, promotions, and the inspirations we see in and around the beautiful game. And don’t forget to shop the “Match Collection” now.